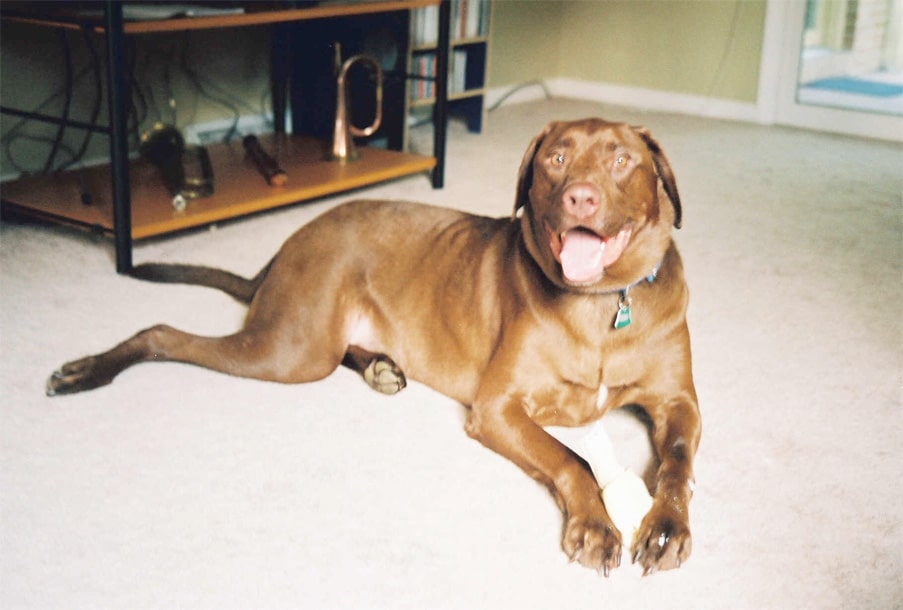 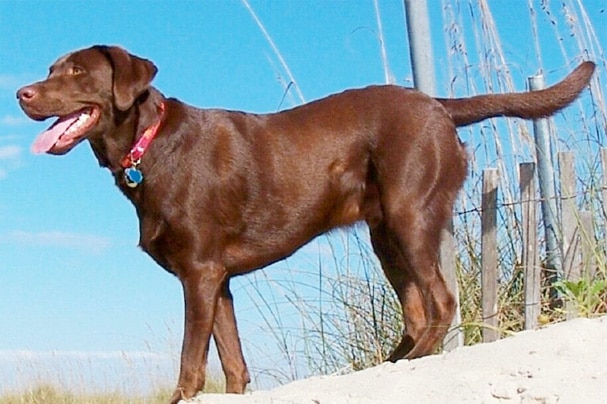 Old Red was a big old dog with an even bigger heart. His back was starting to hurt, and he wasn’t as cute as the other dogs on his block any more. He had grown up the youngest of seven puppies, but he was now the oldest dog on the block. All of his brothers and sisters had gone to doggie heaven many years ago, and Old Red missed them with all his heart. Worse than that, Old Red felt like had no friends in the whole world. Other dogs thought he was too old, and didn’t even give him a chance. 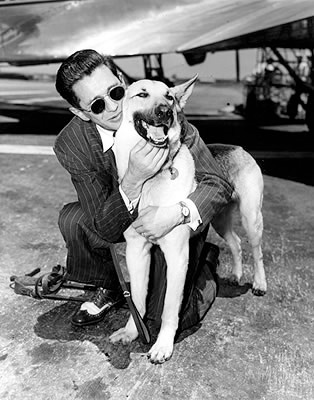 Unlike Old Red, the other dogs on his block were important. Rufus, was a seeing eye dog who lived down the street. His owner was blind, and Rufus would always help him cross the street and go to and from the market. From time to time, Rufus would pass Old Red and say, “My owner needs me to get to the market. What do you do around here anyway, Old Red?” Old Red didn’t like that. 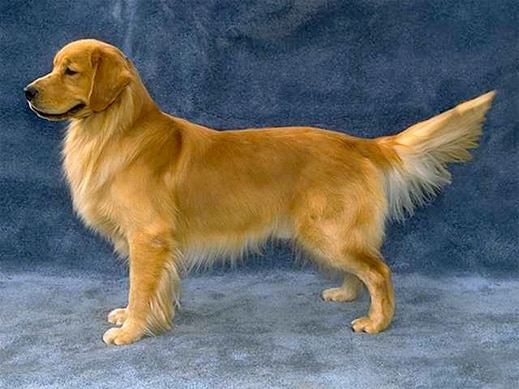 Clifford was amazing! He knew when his owner was going to get sick even before it happened. His owner had a disease called epilepsy, and Clifford would bark loudly to tell his owner that an attack was on the way. Clifford would yell at Old Red from his yard saying, “I help my owner stay healthy. You’re too old to help anybody.” That hurt Old Red’s feelings, and he would just curl up in a ball and try not to cry. 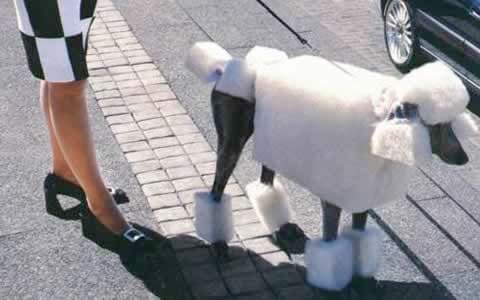 Princess was the best-groomed dog on the block. Her coat was so snow-white clean you could almost see your reflection in it. She had the most expensive collar of any dog Old Red knew. He certainly could not afford a collar like that. Princess would prance in front of Old Red and say, “I won another award at the dog show. How do you walk around in that dirty coat of yours anyway?” When Old Red explained that he couldn’t afford to have his coat cleaned every week, Princess would just laugh and say, “It must be terrible to be so poor.” Old Red really didn’t like that. 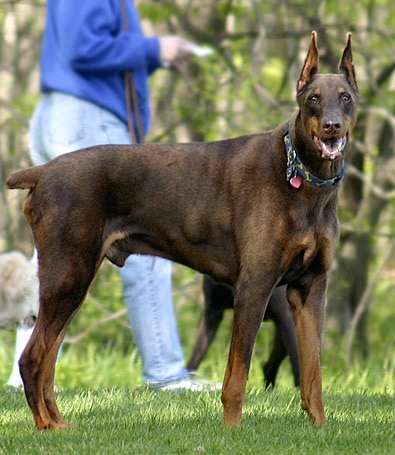 Maybe the most important dog of all was Leader. Leader’s owner was a police officer, and every morning Leader would go with her to work and help her arrest bad guys. Leader was a huge, muscular dog who would gallop down his driveway and hop into their police car ready for another day of crime fighting. As he would run by, Leader would yell in a loud, booming voice, “Hey Old Red. You should start chasing cats or squirrels, because you really need to lose weight.” The other dogs would laugh, and Old Red would often retreat to his doghouse where he would cry himself to sleep.

One day when Old Red was feeling particularly sad, he decided he needed to run away. He knew his owners loved him, but he felt that he was worthless. Lying in his doghouse and looking up into the stars, he began to think to himself. “How could they miss me when I don’t do anything important, like the other dogs do?” Old Red packed up his things and began to head away from the yard that he had known so well for so many years. Before he left, Old Red paused to look into the window of his young master, Tommy. Goodbye Tommy, he thought. “I hope you find yourself a better dog than me.” And, with that, Old Red squeezed his way through the fence and ran down the sidewalk with as much speed as his old legs could provide. 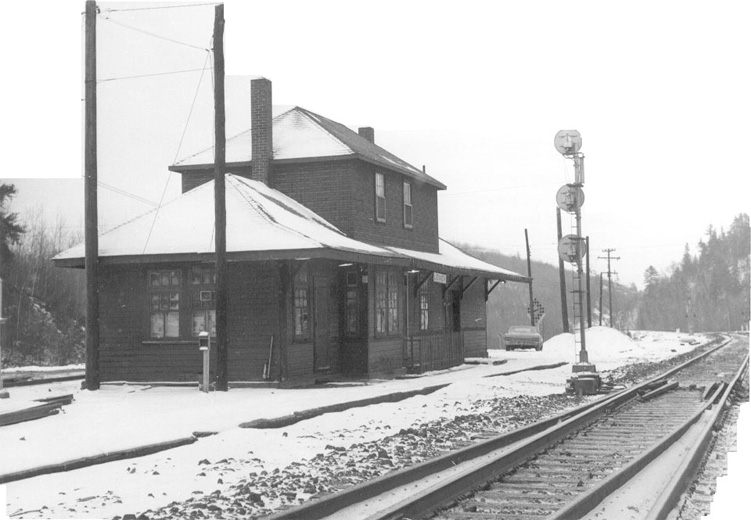 Old Red slowly walked down to the railway tracks. His plan was to stay at the railway yard for the first night, and then hop on a train the next morning and take it as far away as he could. After a long walk, Old Red finally arrived at the station and found a place to lie down. The moon was the only thing that provided any type of light, and Old Red was surprised at how scared and lonely he felt. Unlike the house where Old Red always felt safe, the railway yard was a strange environment for him. To make matters worse, he heard all sorts of strange noises like howling and the sound of footsteps. Finally, Old Red just put his paws over his ears and cried himself to sleep. It was a very, very long night for Old Red. 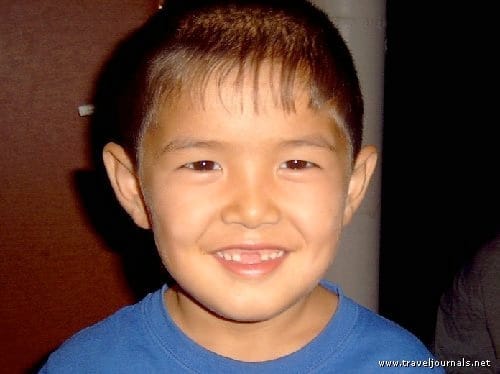 The next day, Old Red was glad to be awakened by the sun’s beaming glare in his eyes. He was no longer scared now that the sun was up, but he was very hungry and really lonely. He remembered how Tommy used to come out and pet Old Red before Tommy went off to school. He also remembered how Tommy would sneak Old Red a treat on certain mornings. Tommy had big, long eyelashes and Old Red used to lick him on the nose and wish him a good day at school. “If only I could see Tommy one more time,” he thought. But Old Red quickly changed his mind saying, “Nah. He probably doesn’t miss me anyway.”

With the crack of dawn also came a loud whistle. “There’s the train,” Old Red thought to himself. He gathered up as much energy as he could and galloped alongside it. The train slowed down as it passed the railway yard, but it didn’t stop. Old Red would have to jump into an empty cart using just the right amount of speed and timing. As he galloped alongside the train, he spotted a cart that was empty. He mustered up all his energy and leapt up into the cart. With a loud thud, Old Red was surprised to realize that he made a perfect jump. As the train barreled down the tracks, Old Red thought, “Well, there’s no turning back now.” Old Red was tired from all that running, so he decided to take a nap. The train wasn’t very comfortable, but Old Red rolled up into a ball and pretty soon his eyes were starting to get heavy and he fell asleep. In his sleep, Old Red pictured himself back at home, lying out in the front yard waiting for Tommy to go to school. Old Red always gave Tommy a big lick before Tommy would get on the bus. Old Red liked this dream of being back in his doghouse. The doghouse was familiar and so comfortable, and Old Red dreamt of his favourite bone he kept inside it. With a loud thud, Old Red was awakened from his sleep. Old Red realized that he had been asleep for a long time and the train was coming to a stop. With a big yawn, Old Red got up and tried to look out of the train cart to see where he was. He didn’t recognize this place. Unlike back home, this place had many cars and Old Red could see huge buildings going up into the sky. He thought about it for a second. “Yes! I’ve heard of this place,” Old Red said. “This is the city.” Tommy’s dad traveled to the city every day for work, and sometimes Tommy would travel with his dad to see the city. When Tommy came back from the city, he would tell Old Red about how exciting it was to see all those people walking around and how many shops there were. For the first time in a long, long time, Old Red felt nervous and scared in this huge place. 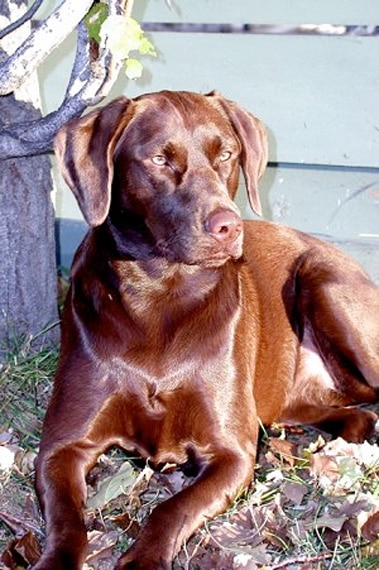 The city made Old Red miss home and miss Tommy even more. Plus, there were bigger problems that Old Red didn’t think about. Who would lick Tommy before he went to school? Would they get another dog? Old Red started to feel jealous about some strange dog sleeping in his doghouse, and playing with his favourite bone. He especially didn’t like the thought of another dog giving Tommy a lick before Tommy went to school. That was Old Red’s job and nobody else’s. 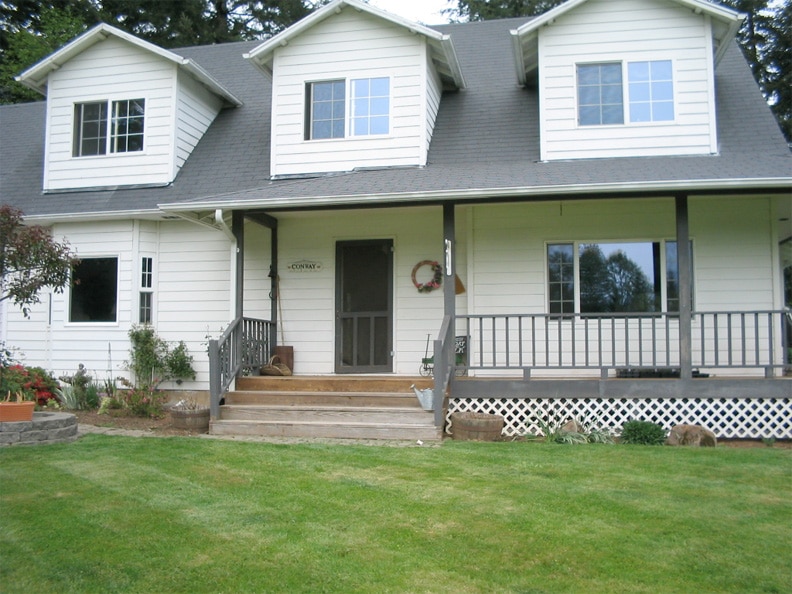 Old Red really wanted to go home now. What had he gotten himself into? Old Red realized that he was stuck in this big city and he had no place to go. He missed his family, and he was really hungry now. Back at home, Old Red would have his favourite meal served to him every day, right in front of his doghouse. Just as he started thinking about how miserable he was, the train started to move again. “Wait a second,” he thought. “It’s going in the opposite direction.” Somehow the train had stopped for a few minutes and started heading back towards his home. Old Red let out a huge howl as a sign of joy. He was heading home again, and he never wanted to go back to the city again! The train ride seemed like an eternity for Old Red. He wanted to get back home and see Tommy as soon as he could! Old Red couldn’t believe he had been so foolish. “So what if the other dogs can do better things than I can,” Old Red thought. “I have one thing that none of those other dogs have. I’m the only dog in the whole wide world that Tommy loves.” And with that, Old Red leaned his head out of the train cart and put on a huge grin as his mane blew in the wind. In just a few minutes, he would be at his favorite home, in his favourite doghouse, chewing on his favourite bone. When the train was almost back at the station, Old Red leapt out before it could even stop. He ran as fast as he could all the way home and never looked back again. When Old Red ran up the front yard of his home, he felt safe once again. Old Red never really realized how much he loved his home until he went away. This was where he played with Tommy and where he looked after the house. “What would they do without me?” he thought, and for the first time in Old Red’s life he felt young and important. Sure, the other dogs could look pretty or help their owner cross the street, but Old Red’s job was much more important. Old Red’s main job was to make sure Tommy received a good morning lick every day before he went to school. Without that lick, Tommy wouldn’t be able to start off his day right! As Old Red thought about just how happy he was, he was distracted by a noise at the front door. It was Tommy leaving for school, and he hadn’t missed it! And even better, Tommy knew nothing of Old Red’s adventure. As far as Tommy knew, Old Red had been sleeping in his doghouse the whole time. And best of all, Old Red hadn’t miss giving Tommy his good morning lick! Old Red watched with a huge grin as Tommy trotted down the steps of the front porch and came over to kiss Old Red. Old Red got his tongue ready as Tommy bent down and said, “Good Morning, Old Red. I love you.” Just as Tommy finished saying those words, Old Red gave Tommy a long, loving lick right on his nose. Tommy giggled and headed off toward the bus, and Old Red looked up to the sky and thanked God for getting him back to where he belonged. Old Red realized that giving love is the most important job of all, and from that day on Old Red never, ever felt lonely again.